LIFE IS FOR SHARING.

In this example, Bash_1 and Bash_2 are the SOURCE node and the TARGET node of the relationship, respectively. 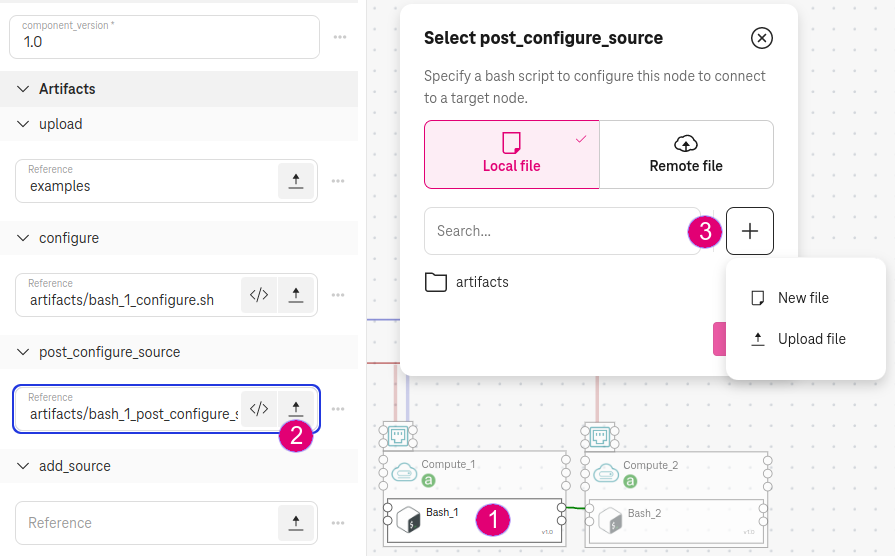 You may use this operation to configure Bash_1 to connect to Bash_2. For example: 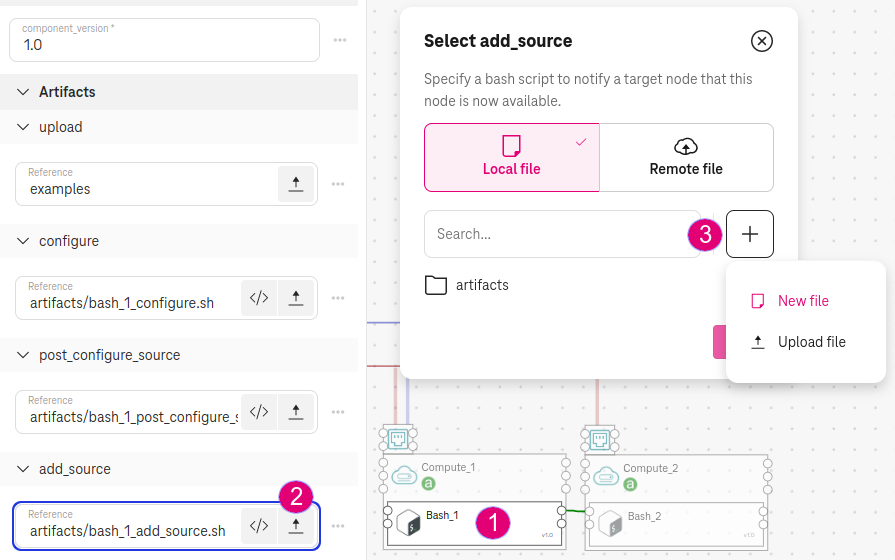 You may use add_source to notify Bash_2 that Bash_1 has completedly successfully. For example:

During the deployment, the resulting workflow between Bash_1 and Bash_2 is as follows: